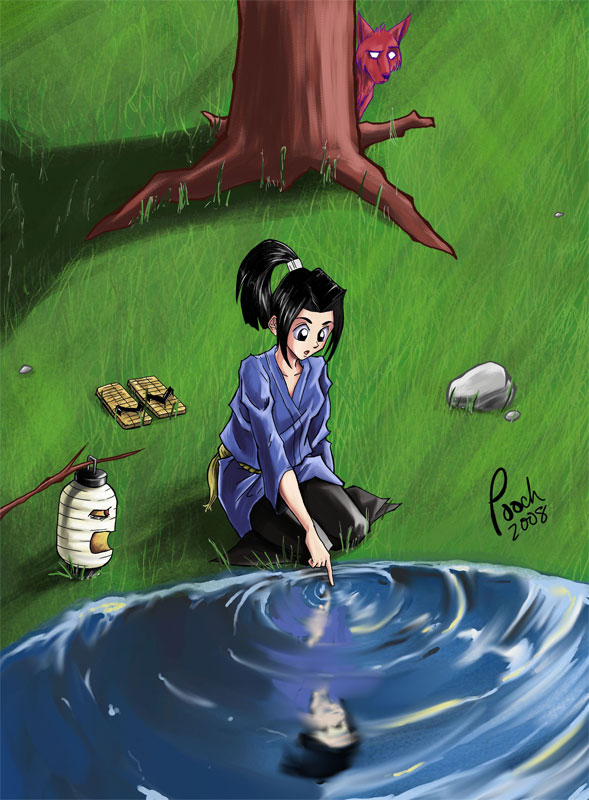 A fan art for Yokaiden, by Space Coyote -- this is my second fanart based on her work (the other is here). I felt like doing a fanart, but not of a video game or anything, and one day while I was looking at some of Space Coyote's stuff, this image popped into my head. I'm not sure what it's supposed to mean.

This took a while to complete, because I would pick at it a little at a time for weeks on end. Just as I was really getting into it, my busted Xbox 360 came back to me, resulting in further delays. Oh well.