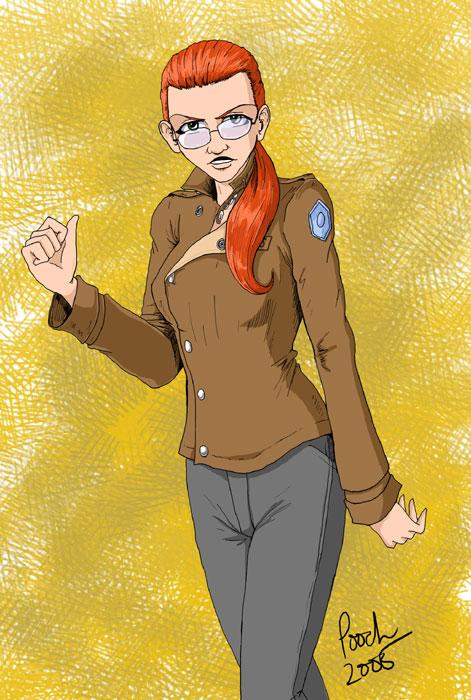 One of the main characters from an aborted comic idea I was tossing around in my head for much of the early part of 2005. Obviously, the idea never came to fruition, but that didn't stop me from producing all sorts of art based on it. I still like the figure and coloring, very rare considering I usually loathe anything and everything I do a month after initially completing it.