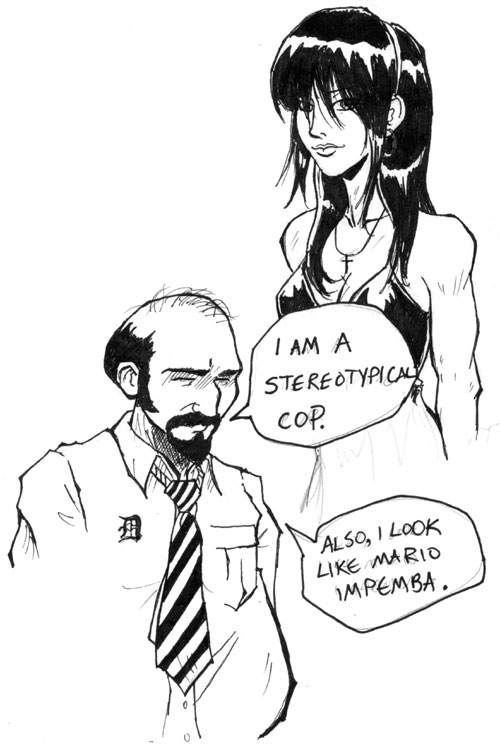 This (and the following image) were sketched out for several weeks before I did anything with them. Originally, they were only rough sketches -- they weren't meant to be inked or anything. But after exchanging a few emails with another artist online about inking, I decided to go back to these and practice my inking a bit. Surprisingly, I liked what I did, so I figured to throw them up on this page.

As for the Mario Impemba thing, he's the play-by-play announcer on Detroit Tigers television broadcasts (hence the Tigers logo on the shirt). He actually does look a bit like the guy I drew here, though Mario isn't as heavy. Also, I actually met Mario (and his broadcast partner, Rod Allen) once at a Tiger game. They were both very nice fellows.