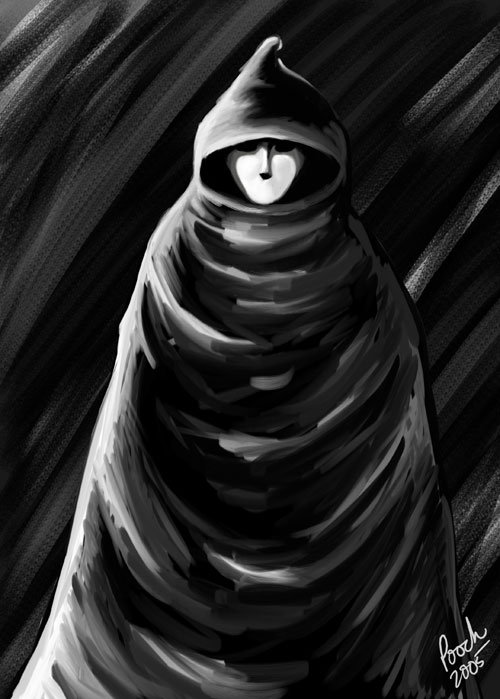 Drawn with pencil, colored in Painter

This was done very quickly, and was probably influenced by the fact I was playing a whole bunch of survival horror games when I sketched it. Not to say that it was dashed off without a second thought, but I deliberately worked very quickly, and only in greyscale. It's got kind of a mood to it, which I think is cool.