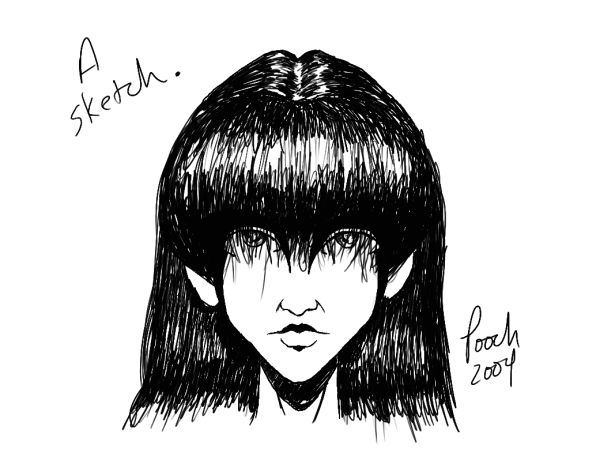 I made this completely digitally -- as I had to, since my scanner was busted at this point. Luckily it wasn't too long after I received my tablet as a gift, and thus was able to doodle in Painter. The character was actually the starting point for my failed attempt at making a comic in 2005 -- she was to be the main character, and crops up several more times in my gallery. Nothing ever came of the comic idea, though.