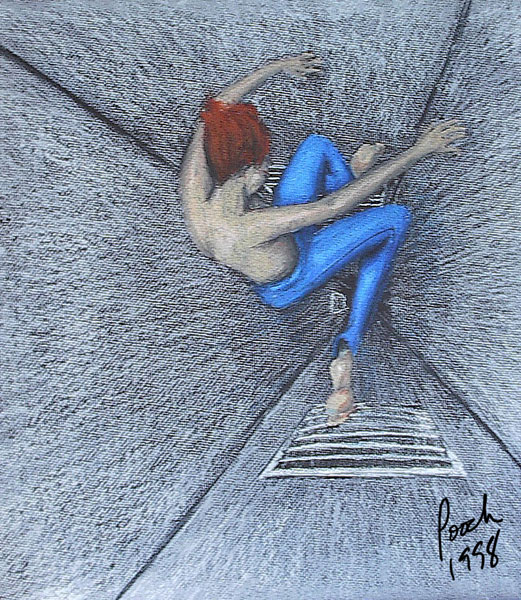 Another strange high school creation. I don't know where the inspiration for this one came from. I have a couple of initial sketches in an old notebook, but they do little to shed light on where this came from. This was the first (and so far only) time I've ever used oil pastels, and this piece won the not-so-coveted "Best Example of Oil Pastel" in that year's school Art Show -- which sounds good until you learn that this was the only such piece in the show (actually, there may have been a second, but no more than that).