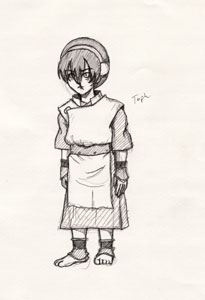 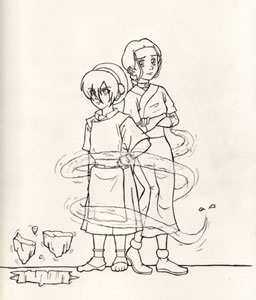 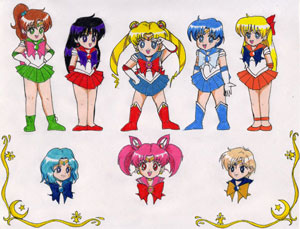 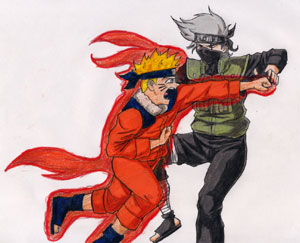 Ah, to have younger relatives. Specifically, ones who want you to draw them things all the time. I don't think these each warrant a separate page, but they're not all bad, so here they are. Do note that, aside from the Sailor Moon picture, these were my first attempts at drawing these characters (and even then, I'd never drawn Sailor Moon superdeformed before). The top two images are fanart from Avatar: The Last Airbender (the second picture was colored as well, but I didn't get a scan of it before I gave it away), while the last picture is from Naruto. I've never watched more than a minute of either Avatar or Naruto, but now I can say that I've done fanart for each show.