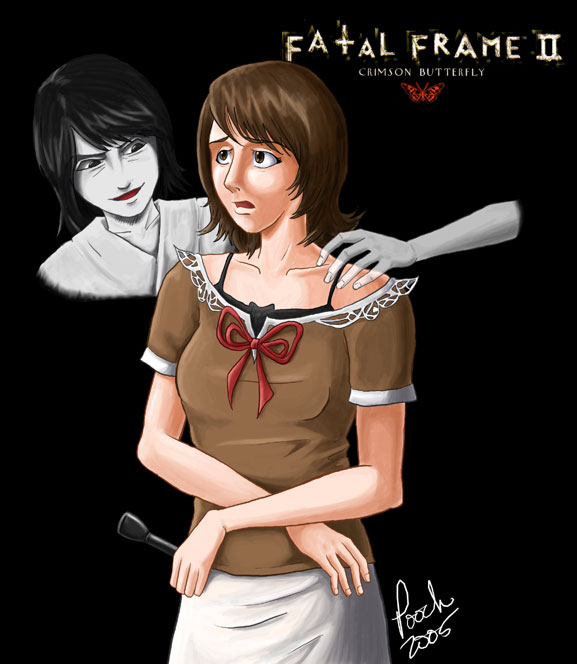 Drawn with pencil, everything else done in Photoshop

I've long been a fan of Fatal Frame 2, and ended up producing this some time after I'd purchased said game. This is actually the second version of this drawing; in the first one Mio (the brown-haired girl) didn't turn out right. However, I liked Sae (the ghostly girl in the background) enough from the first version that I transported her over to this one. I don't know how well the drawing works, but I at least enjoyed doing it.

FUN FACT: My cousin "Funny Man" (as my friends call him) claimed that this was a "dirty picture". Now, I'm not above doing the occasional cheesecake-y picture (no matter how crappy they turn out), but I don't know where he was coming from calling this "dirty" (he claimed it was because Mio had "a big bosom"). Of course, for the longest time he would draw nothing but large breasted, biologically accomidating, stereotypical American comic book females -- I'm sure there's a joke in there somewhere...