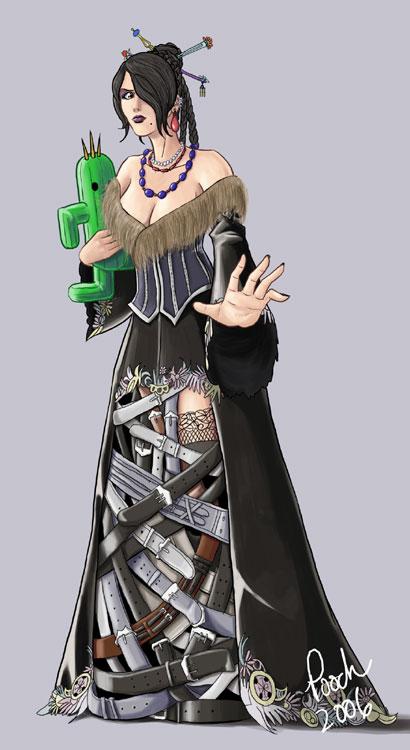 Drawn with pencil, inked and colored in Photoshop

Once again, some Final Fantasy X fanart, created not too long after I began going through the game for a second time (even though I still have over half a dozen RPGs that I haven't finished once). I knew going in that drawing and coloring all the belts was going to be a pain, but I badly underestimated just how much pain it would be. The posture is a little iffy, but I like some of the details. Also, you can't see it because Lulu's fur liner is in the way, but the Cactuar has a giant grin on his face. Wonder why...