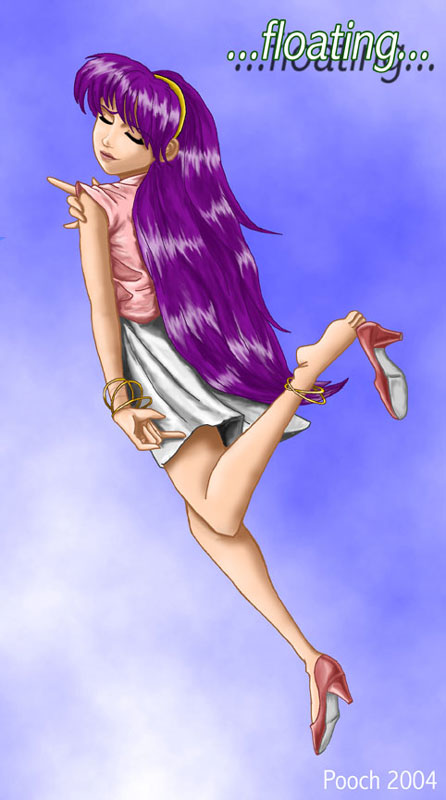 Drawn with pencil, inked, colored and lettered in Photoshop

This was my first serious attempt at making a CG work. As such, I decided to try my hand at digitally inking it -- except, without a tablet handy, I had to use my mouse. Ick. Despite that, I don't think it came out nearly as bad as it could have, and the coloring isn't too gag-worthy, either. I still like how I colored the hair.

Originally there was more text, but I removed that before completion of the picture. Also, if you are one of my three friends who have been following my sites, you may have noticed that this is an "alternate" version of this particular picture; the version I had online before was colored slightly differently, with the girl's hair, shirt and shoes tinted different colors than what they are here. However, this version here is actually the original; I altered the coloring after I had completed this initial version, then posted that version initially.