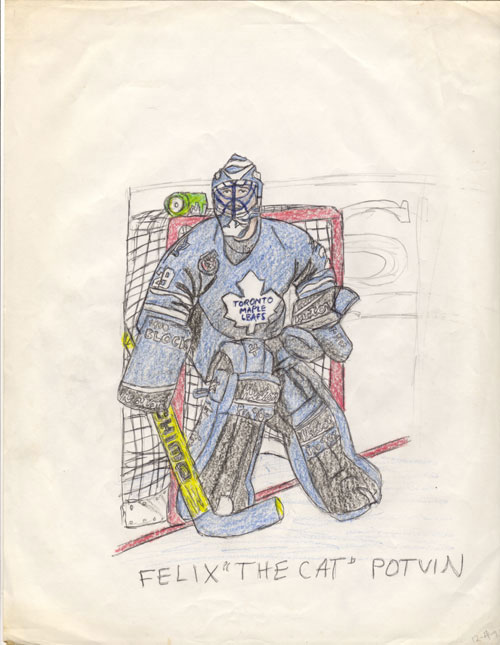 Felix "The Cat" Potvin (as the writing so helpfully informs you), from his 1993-94 Score hockey card. Of course, as everybody knows, Potvin made a splash as a rookie goaltender in the 1992-93 season, when he not only led the NHL in Goals Against Average (2.50), but also (along with Doug Gilmour and a few others) helped lead the Toronto Maple Leafs to the Campbell Conference Finals, where they lost out to Wayne Gretzky and the Los Angeles Kings.

And I wrote all that out from memory, too. And I'm not even a Leafs fan.