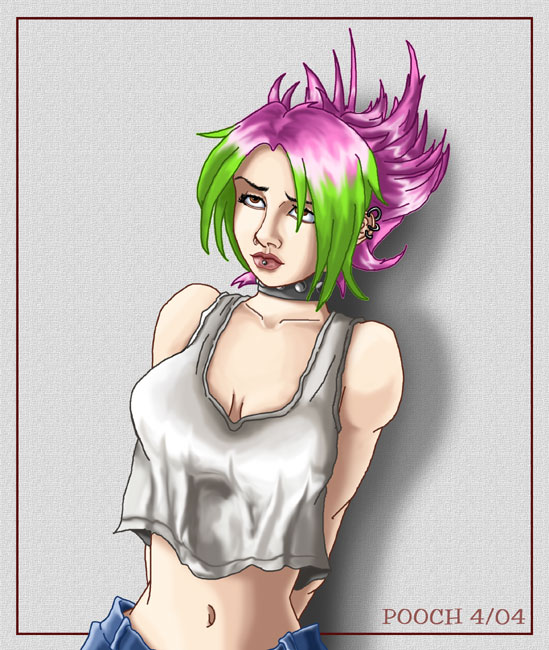 Drawn in pencil, inked and colored in Photoshop

I still rather like this one, or at least the head. This one is also notable for the fact that, for once, I didn't chicken out and give the character a simple anime-styled nose -- usually, when I draw females with more-or-less real looking noses, it looks HORRIBLE.

And as for the odd name of the file: when I originally sketched this out in my notebook, the t-shirt the girl was wearing said "PUNK FLOYD" in large letters -- "Punk Floyd" being a reference from the outstanding film All You Need Is cash (about the Pre-Fab Four, the Rutles). On the way to making the drawing a CG, the "Punk Floyd" lettering was disposed of, however, despite prostests from one or two of my friends (also disposed of was another visual reference to the "Punk Floyd", that being a giant safety pin stuck through the girl's head).