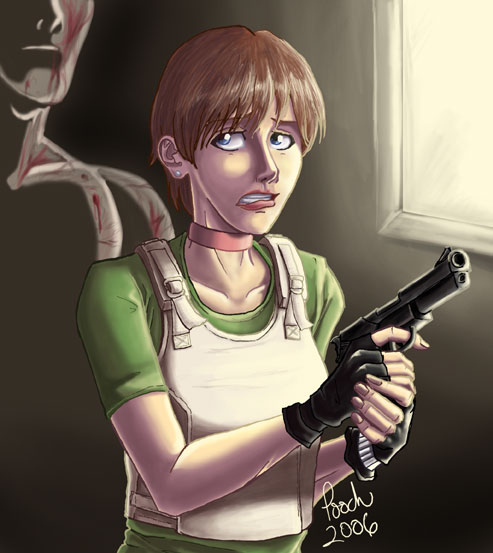 Drawn with pencil, inked with pen, colored in Photoshop

Back to normal (somewhat), with another CG, with another Resident Evil character, Rebecca (who was the secondary character in Chris's scenario in the first RE, and then later the star of the prequel Resident Evil Zero). Though, unlike my other recent CG work, the inking was done here with a pen. Of course, since my lineart is shoddy at best, it doesn't really make a difference. I also liked the version of this where I kept the lineart black -- you judge which is better.

Overall, this was not fun to do. I ended up coloring this three times before I didn't want to hurl...and even then, I'm not too sure what to think of it. I'm certainly not cut out to do this stuff for a living, that's for sure.