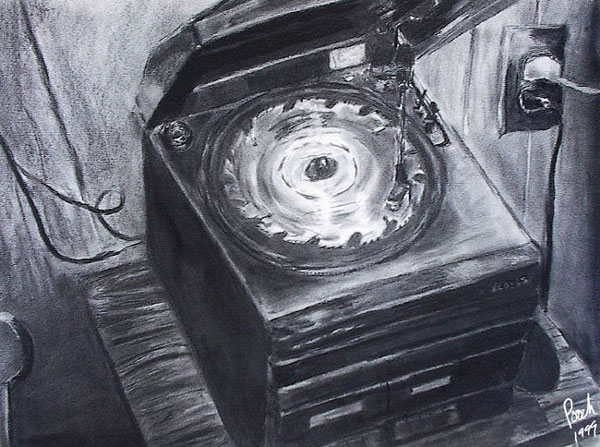 The second first year college drawing final project -- this time I did work from a picture I'd taken (you can actually tell because the perspective is not the same as it would have been had I drawn the picture based on my own observations). A then-coworker of mine said he liked this image so much, he was going to use it for the front cover of his first hip hop album -- which he never made, since he ended up quitting his job, moving to Florida, and getting a girl pregnant...an aside that is far more interesting that the drawing itself.