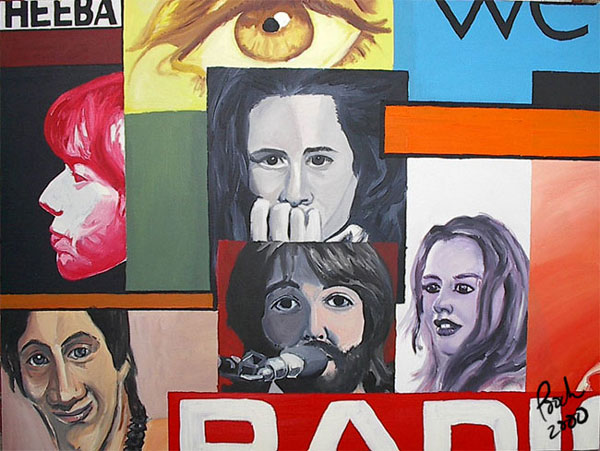 At one point, I decided to do a "multi-part" painting, if you will -- where separate canvases could be put together to form one larger picture. Originally my grand plans included upwards of six or seven canvases; however, reality (and boredom) have a way of setting in when you least expect it (as does a lack of money, which contributed to my lack of painting over these past few years), and I only ever completed three paintings, which now seems like too much. Anyhow, as you may have noticed, the theme was a sort-of collage of music figures and what not, all pasted together on canvas. SEE IF YOU CAN PICK THEM ALL OUT!!