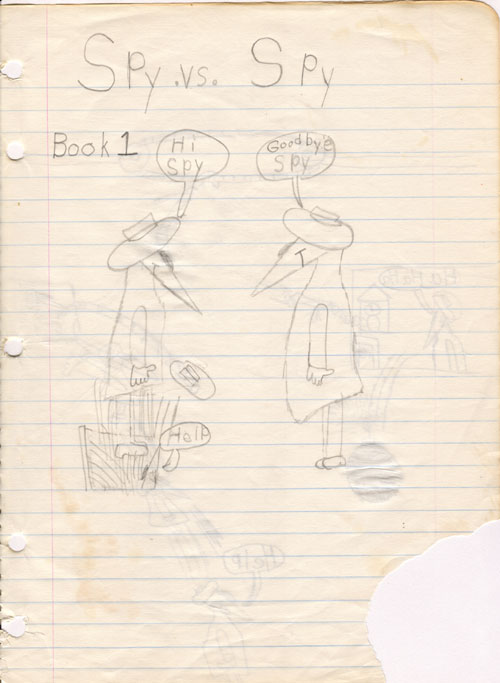 It doesn't get much more old-school than this - a Spy Vs. Spy picture (actually, a series of pictures) I did in a notebook in first grade. Obviously I was a fan of MAD Magazine even back then, though I guess I didn't feel like actually differentiating between the two spies (usually one is dressed in black, the other white). The "story" went on for a few pages, mostly with one of the spies getting harmed though some sort of trap (keeping in the spirit of the strip) until one point where one of the spies puts on a Superman-esque costume, and becomes "Super-Spy." Then the Super-Spy hangs out with a demented looking clown who brandishes He-Man's sword and shield - no, I'm not making that up. The "story" falls apart then, drifting off into weird drawings of pulleys and dinosaurs. All in all, typical work from a first grader, I guess.