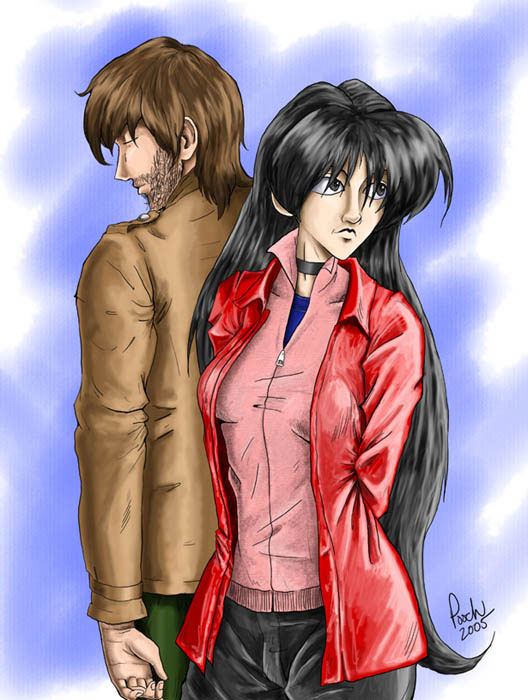 Drawn with pencil, inked in the GIMP, colored in Photoshop

This was the first CG I did after getting a new scanner for my birthday in 2005. As I was having problems with my copy of Painter at the time (which was a result of my PC overheating thanks to a buildup of dust in key places), I inked this in the GIMP (after taking Forster's advice and downloading it). While the GIMP had some redeeming features to it and did inking fairly well, the navigation was a big turn-off; that, coupled with the return to normalcy by my copy of Painter, eventually sounded the death knell for my use of the GIMP.

As for the picture itself, it's another by-product of my much-hinted-at, but never developed comic idea of 2005. The girl is the same one as here, though looking not so much like "an evil Counselor Troi" (as Bandit had termed the other drawing).